The plot was thickening for E-Voting making real inroads into Switzerland a few years ago. Swiss Post must have become aware that the physical transport of ballots was possibly going to be reduced in the long run.

Swiss Post is transporting the voting material to every Swiss voter and then - a specialty in Switzerland - most of the filled out ballots are transported by Swiss Post back into the ballot boxes (postal voting). And if you are aware that we are a direct democracy and there are at least four votes and elections for every voter every year, you realize this is a substantial business.

So Swiss Post decided to enter the E-Voting market itself and it made Swiss Mathematician Dr. Denis Morel the head of this venture. Swiss Post also decided not to develop its own E-Voting software (I presume Denis Morel had a say in this). Instead it would partner with an expert in the E-Voting field. Enter: SCYTL, a commercial E-Voting company from Barcelona.

SCYTL has been founded in 2001 as a spin-off of a research group for applied cryptography used in on-line voting from the Autonomous University of Barcelona, with the aim to apply the academic research into the real world. It has done elections literally all over the world, providing one of the first voting systems used in Switzerland (Neuchâtel) and developing the first online voting systems with verifiability in governmental elections like the end-to-end verifiability used in Norway in 2011. These security and auditability properties are achieved by means of application-level cryptographic protocols and E-Voting security. The man behind all this is SCYTL’s Head of Research and Development, Jordi Puiggalí, one of the leading worldwide experts on E-Voting. Jordi has been with SCYTL since the beginning, when he left his job as technical director for PKI at the Autonomous University in Barcelona to help found this E-Voting startup. 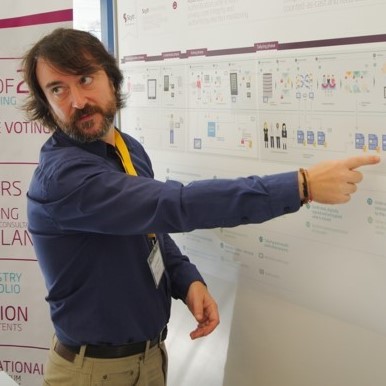 Dr. Jordi Puiggalí, Head of Research and Development at SCYTL

SCYTL contributes to the partnership with it’s E-Voting software and a long experience. Swiss Post on the other hand runs the infrastructure, protects it from attacks (plus a strong Swiss brand that has the trust of Swiss voters like no other). In spring 2017, Swiss Post accomplished the 50% certification of the Swiss federal chancellery that allows its E-Voting offering to be used by 50% of the electorate (= voters) of a given canton. The next step is the 100% certification that comes with many additional requirements that need to be fulfilled.

But who would come to Lucerne to present this at Cyber Storm? I mean there are a lot of people involved at Swiss Post of course; namely at the infrastructure level. But there is nobody who has the expertise and detailed knowledge of Jordi Puiggalí when it comes to the intrinsics of the protocols involved with the electronic voting deployed by this partnership. 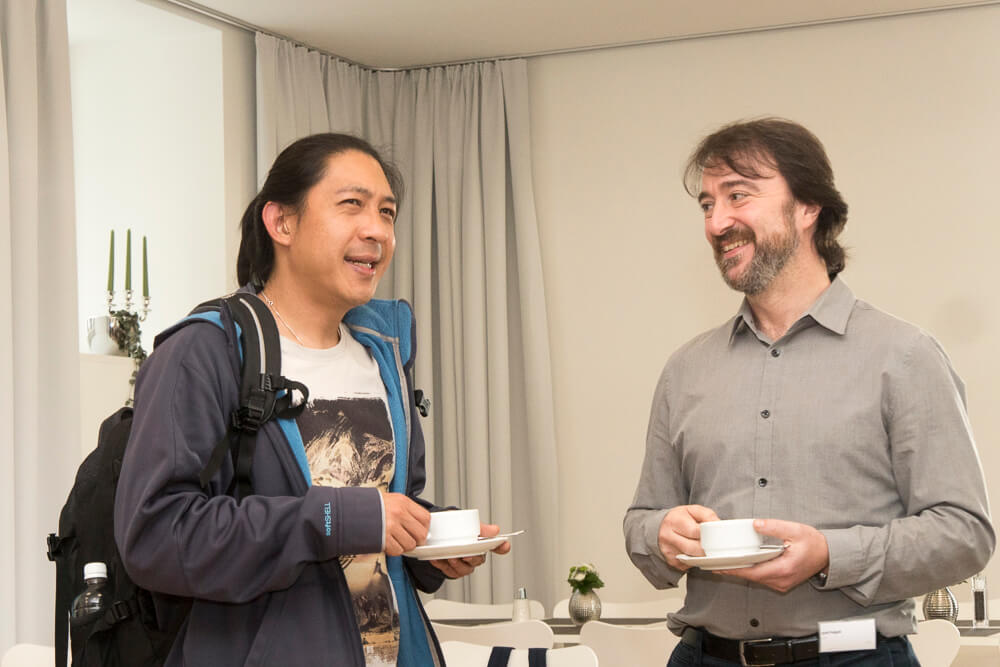 Jordi Puiggalí at the E-Vote-ID conference in Bregenz, 2016

So Swiss Post decided Jordi Puiggalí from Barcelona would present its solution in Lucerne at our conference. And I am very pleased with that decision. I love talking infrastructure protection with the people at Swiss Post. But at the core of any E-Voting setup is the cryptographic protocol that protects the votes from manipulation while guaranteeing the anonymity of the voter. So we need somebody to explain exactly this core technology and Jordi is the perfect person to do this.

The Swiss Cyber Storm conference is getting closer now. There are not many tickets left. If you are interested in E-Voting at all, then don’t wait any longer and secure a ticket by registering now.

[Full transparency: I am supporting Swiss Post as a security engineer working on the protection of the infrastructure of their E-Voting offering.]